Full in our concert of EnClaves Cycle (Huesca)

Last July 15 our concert took place at the Molino del Viñedo de Castilsabás (Huesca), within the EnClaves Music Cycle. It was the second concert of this cycle which is perfectly organized, which is held on an annual basis and which many viewers from all over the region attend faithfully. In an incomparable enclave, as the name of the cycle indicates, attended by more than a hundred people, to fill the old oil mill, which, restored in an exceptional way, hosted a program very appropriate for the environment and acoustics. The critics of the public, press and organizers were very good, among the aspects that highlighted the “sensitivity and delicacy” of the proposal and the “high artistic value” of the artists.

We are delighted to have participated in the cycle and very grateful to the organization for the magnificent work they perform.

We leave some of the criticisms made by the press of our concert, as well as some photographs. 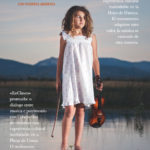 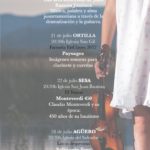 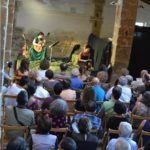 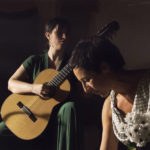 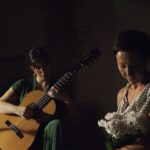