On September 22 we had the honor to perform with our Don Quixote recital, between the voice and desire within the concert series Las Músicas de Cervantes, a different proposal that presents a new form of musical program, the which was very applauded by all the attendees.

The cycle of concerts took place on the occasion of the High Level International Congress organized by CIDoM and the Ministry of Culture, around Cervantes and music.

This Congress was part of the official program of the Fourth Centenary of the Death of Cervantes. I was lucky to participate as a congressman, and also as a guitarist, being able to act at the opening of the congress as a soloist, and later with Esther Acevedo with our proposal. Both the organization and the great professionals who came together were 10, making everyone who came to the conferences as well as the concerts greatly enjoy.

I also leave some pictures of it. 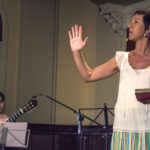 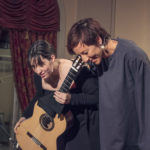 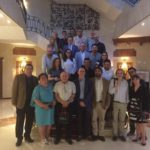 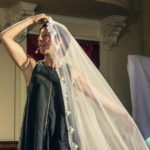